I love the name for this Celtic Colours concert: Pure Celtic Heart: A Tribute to Maybelle

Maybelle Chisolm McQueen is one of the most sought after pianists in Cape Breton.  She has played piano for over 50 years and has played with the cream of the crop in Cape Breton fiddling circles. She started when she was 14 years old playing for her uncles at dances throughout Cape Breton.

Today, she is Ashley MacIsaac's first choice as piano accompanist. 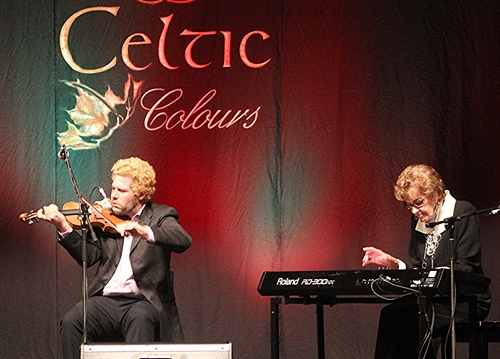 Pure Celtic Heart, held in the community of Belle Cote, was all about Maybelle.  She looked like she was enjoying every minute.  It was a real family affair with her son playing guitar and her daughter and grandchildren singing, dancing and playing guitar, fiddle, and mandolin.

By the way, Maybelle was also on stage playing piano for much of the concert.

I could really feel the love and friendship that came across during the show.  Everyone was having a fantastic time.  Their admiration for Maybelle was easy to see.

It was really something to see this 70+ Cape Breton icon and fiddler Ashley MacIsaac teasing each other onstage.  At one point, they even started a private conversation and forgot about the audience.  It was priceless! 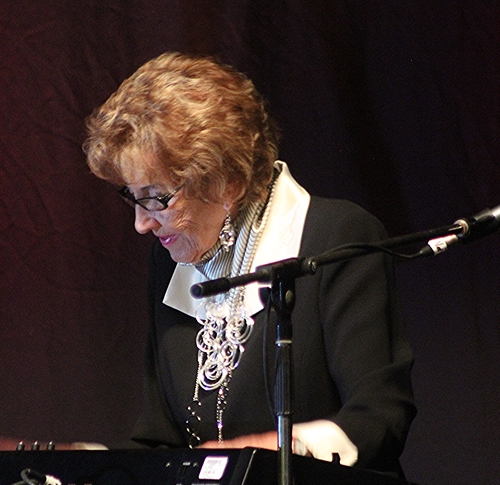 Maybelle was part of the entertainment

Another Family Affair at Celtic Colours

Seeing Maybelle's family and former students play at this Celtic Colours tribute was heartwarming.  She was thrilled and so was the audience. By the way, my Mom was also thrilled. She was in the third row and had a great view of everything.  She loved seeing Maybelle play the piano. 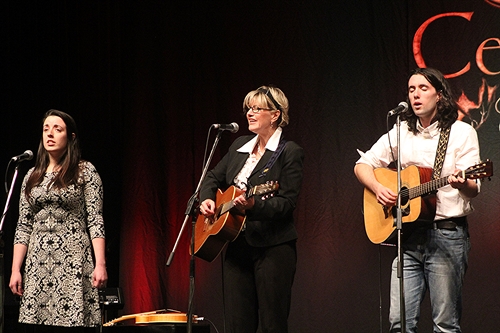 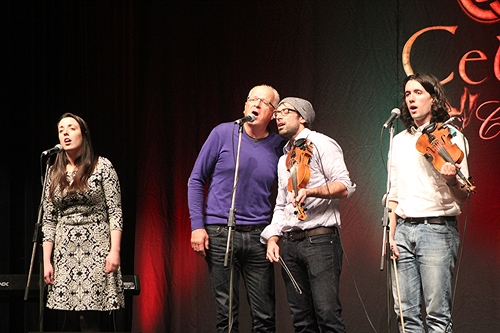 Chrissy Crowley and Jason Roach of Cape Breton also joined the party.  Chrissy is a cousin of Maybelle and Jason is a student of hers.  Jason is a piano player and was Maybelle's proteger.  He has created his own unique style and you can hear his mastery of the piano when he plays. 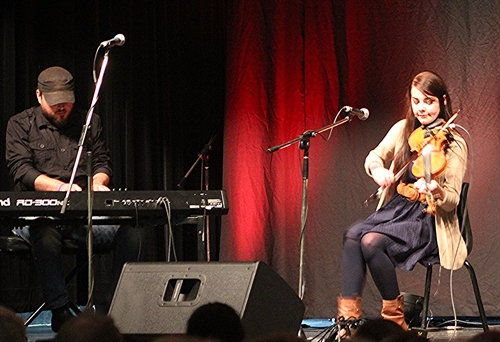 The thing about concerts like this one in Cape Breton is that they have a relaxed down-home feeling. There is nothing elaborate on stage. The artists are very attune to the audience. This is Celtic Colours at its best!

And there is a great respect for the traditions of Cape Breton music and for those Cape Breton artists who are no longer with us.

One of the highlights of this evening was when Maybelle was presented with a framed picture of a much younger Maybelle playing piano for one of her uncles at a dance in Cape Breton.  She was so touched to receive this gift. 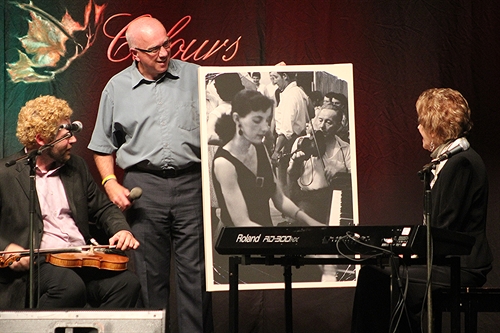 Maybelle & a piece of history

And, once again, no Cape Breton concert would be complete without dancers. Harvey Beaton would make another lively appearance.  Ashley would also dance and Maybelle's daughter, Colleen.

The finale was awesome with everyone on stage for a set of lively gigs and reels.  Yes, Maybelle was on stage playing too!! 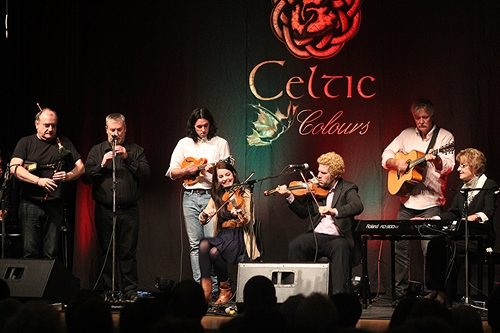 The FINALE at 'Pure Celtic Heart'

Be sure to check out all of Celtic Colours stories!