I was so happy to spend a week at the Celtic Colours International Music Festival in Cape Breton in October.  It was absolutely amazing.

Imagine this - 52 concerts in 9 days in 35 communities across Cape Breton Island.

This awesome festival is a unique celebration of Celtic & Gaelic Music & Culture in Cape Breton and, indeed, the world. 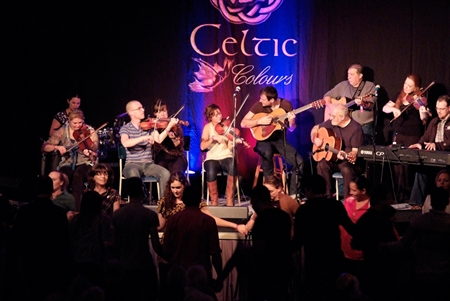 A typical session at Celtic Colours

The beautiful fall colours, which are everywhere in Cape Breton in October, are the backdrop for this spectacular event.  The leaves seem to get brighter and brighter as the week goes on! 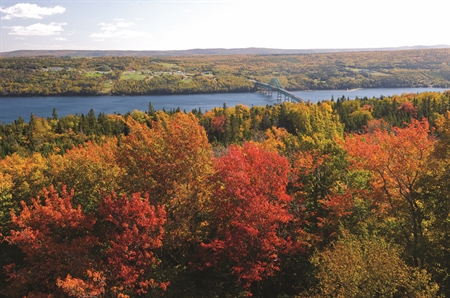 You will be entertained by some of the best Celtic Artists in the world:  fiddlers Natalie MacMaster, Ashley MacIsaac & Alasdair Fraser; celtic guitarist Tony McManus; accordionist Sharon Shannon; and songstress Laura Smith, just to name a few!

Groups such as The Fretless from British Columbia, Dàimh from Scotland, We Banjo 3 from Ireland and Beòlach from Cape Breton will keep the crowd stamping their feet.

The festival which was first started in 1997 continues to grow each year.  It is truly is a world-class event. 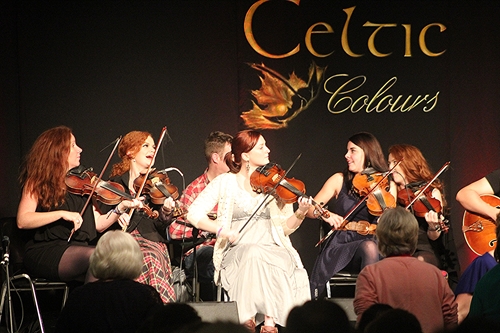 The fiddles had the crowd dancing!

Why is Celtic Colours special? 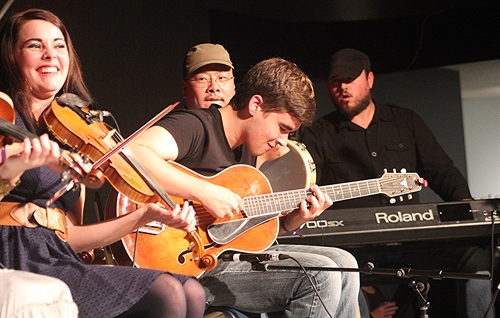 I hope my pages on the Celtic Colours International Music Festival will inspire you to make it a part of your vacation plans.  It is a great time to be in Cape Breton and the music is pretty good too!

I have several pages about the different concerts that I have attended the last couple of years.  Have a look and let me know what you think!