Discover the Magic of
Peggys Cove

Peggys Cove is one of the most beautiful places in Canada. You will feel as close to the ocean as it could ever be possible. Enjoy the beauty, the ruggedness, the salt, the spray and the simple richness of all that nature has to offer.

This special spot marks the start of the Lighthouse Route! 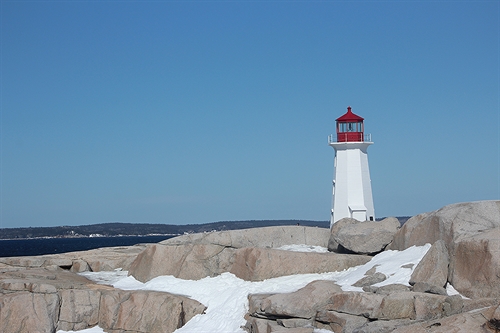 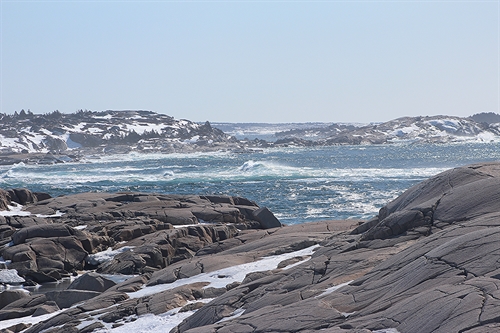 A view of the ocean from Peggy's Cove

Tourists have been visiting this tiny little place for a long time. I remember my first visit as a young teenager with who else, my Aunt Peggy. I remember thinking that this was really cool that the cove was named after my aunt.

No one is 100% sure where the name, Peggy's Cove, came from but there is lots of Nova Scotia folklore about it. It could simply be taken from the bay itself, St. Margaret's Bay. As you probably know, Peggy is a nickname for Margaret.

But there are more interesting stories than this! Legend says that the name came from a young woman (some say it was a little girl) who was rescued from a shipwreck along the coast. She could not remember her name so a nearby family adopted her. 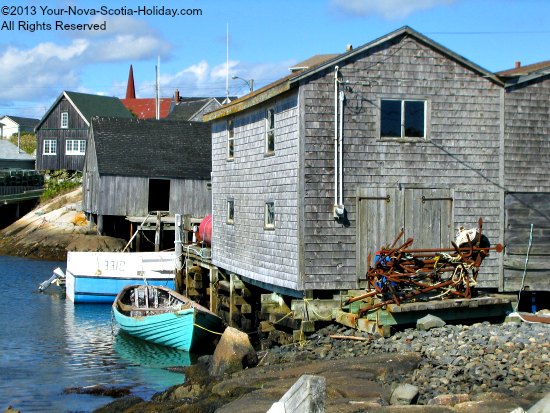 When you visit take the time to ask some of the locals about the legend and maybe you'll get another story!

Whatever the story, the charm of the village is real and is not to be missed on your Nova Scotia holiday. 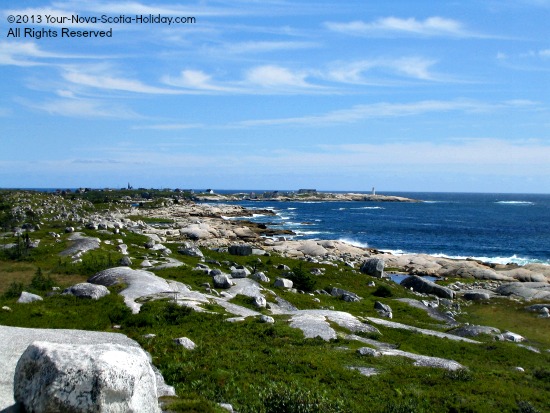 My most recent visit to Peggy's Cove was in late winter/early spring.  It was a beautiful sunny day.  But it was also cold and very windy!  There were 3 of us and we put on as many layers of clothing as we could! It was freezing cold but we loved every minute.

The crashing waves and the howling wind.  The lighthouse stood quite proud.  We were almost all alone that morning on the rocks.  More and more people started to show up.  We could easily see that this was a place that draws people!  No matter the weather and no matter the temperature!! 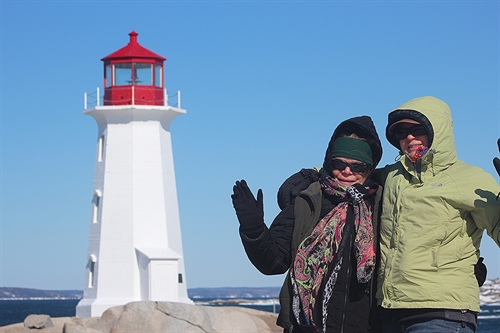 I have "Must-Dos" when I pay a visit. These attractions are the best way to discover the magic and beauty of the cove. Be sure you don't miss any and take lots of pictures!

Do you think that you might like to stay overnight in the Cove area? There are several places to choose from.  My accommodations information should help you.

This live webcam of the lighthouse will show you what is happening right now!!  And, finally, go to my Peggys Cove Map to see how to get to there. 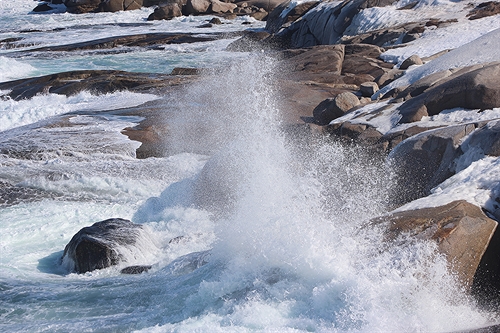 Continue on the Lighthouse Route and discover Mahone Bay, Chester and the Lunenburg area.  The Ovens, Blue Rocks and the Gaff Point hiking trail are also great places to visit.

Have you visited Halifax yet?

I would love to hear about it!! Create your own page, add a picture and share your visit with us!!