I was really looking forward to this Celtic Colours concert.  I was going to get to see Kyle & Sheumas MacNeil of the Barra MacNeils. I went to school with these guys.

J.P. Cormier was also performing and I hadn't seen him perform in 15 years.  Another performance by The Fretless was going to be awesome.  And singer/songwriter Laura Smith was going to sing and perform with well-known celtic guitarist, Tony McManus 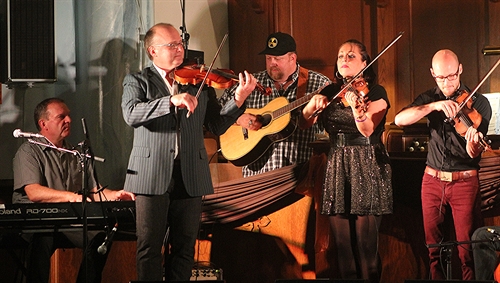 Kyle & Sheumas MacNeil, J.P. Cormier and 2 members of The Fretless

The concert was taking place in my hometown of Sydney Mines at St. Andrew’s Presbyterian Church.  This is one of those special venues that Celtic Colours brings into the festival.

St. Andrew’s has been showcasing concerts in their church for years.  The wooden interior of the building makes it a perfect musical venue.

Nova Scotia songstress, Laura Smith and Scottish guitarist, Tony McManus opened the show.  This lady can sing and has a wonderful presence when performing.  She hasn’t performed in public for several years.

But, she has a new CD filled with new soulful songs and is now touring with Tony.  Her lyrics touch your heart and her voice floats through the air.  The audience loved her and she seemed genuinely touched by their applause. 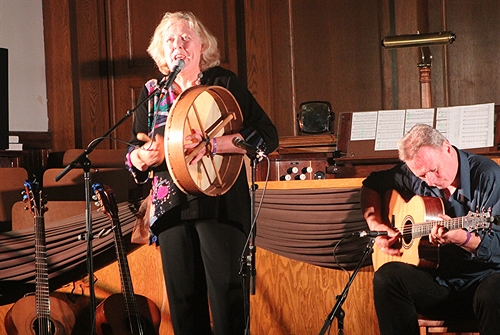 She shared new songs and delighted the crowd by singing ‘My Bonny’ from her ‘Between the Earth and My Soul’ album.  This is a wonderful traditional song that she has made her own.

The Fretless gave another wonderful performance.  They were everywhere during the festival.  They seem to be so attune to each other and are having a great time.

This group of 4 knows how to entertain and I am sure that we'll see them again in future years at the festival.  A dancer even appeared on stage during one of their sets.  She was full of energy and her foot work was amazing. 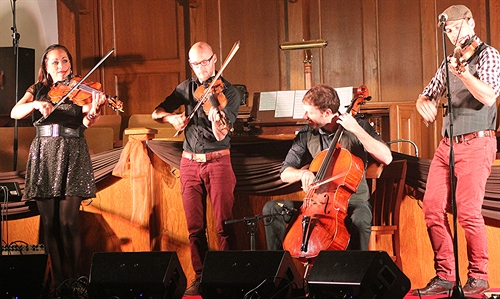 J.P. Cormier has been making music for years and has travelled the world.  His is a singer/songwriter and a multi-instrumentalist.  Tonight it would be his guitar and voice.  And his great sense of humour.  He was quite funny.

He made a funny remark about playing in a church and as he was signing a song there was a noise before him.  His reaction was priceless and the crowd loved it. 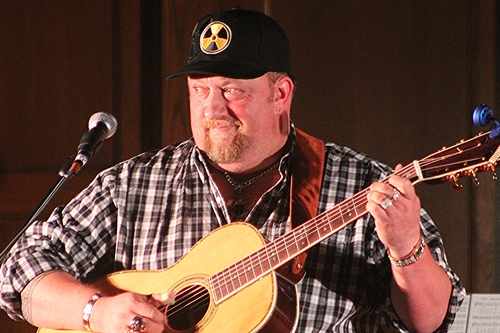 J.P. and Tony McMannus then played some tunes together on guitar.  This was great.  These guys are full of talent and seemed to really enjoy playing together. It was wonderful to watch.

Kyle and Sheumas MacNeil received thunderous applause when they took the stage. I had a chance to chat with them a bit before and after the show.  They love to perform in their hometown, Sydney Mines.  They even welcomed one of their former teachers who was in the audience.

They played piano, fiddle, guitar and sang some tunes.  Sheumas even played the church organ which was a special treat.  They got the crowd clapping their hands which they can do so easily with their lively tunes. 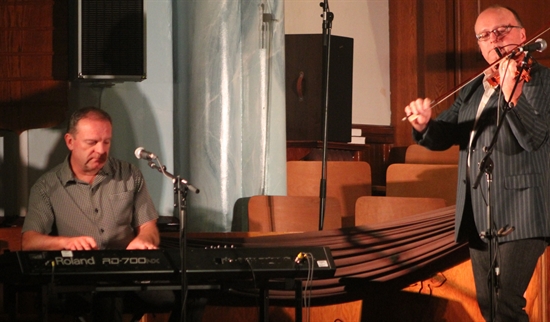 Of course, another Finale!

Everyone was on stage for the big finale!  This has become one of the 'hallmarks' of celtic colours.  This is a wonderful special touch that the crowd and the artists really love.

It is pure magic to see so much talent playing together. 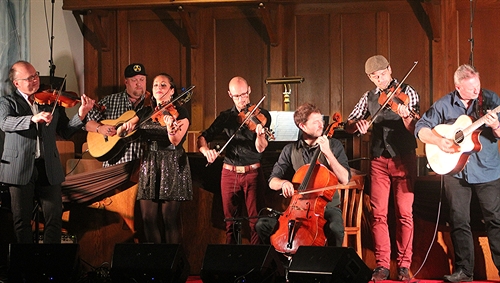 The Finale of Strings Fever

Check out all of my stories from Celtic Colours.  Don't forget my 14 TIPS!  I am sure they'll help you on your next visit!