The soulful sound of the harp and uillean pipes, one of the best fiddlers in Cape Breton and the wonderful Men of the Deeps made this concert an experience to remember.

David Power and Triona Marshall hail from Ireland and are known throughout the celtic world for the harp and uillean pipes.  Sweeter sounds have never been heard.  The beautiful surroundings of St. Joseph Parish were their perfect setting. 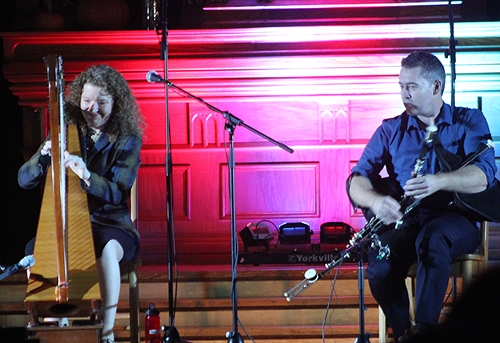 Dwayne Côté is one of the best fiddlers in Cape Breton.  He has played throughout Canada, the US and, indeed, the world.  He played with singer-songwriter and guitarist, Roger Stone.

The synergy between Dwayne and Roger is inspiring and wonderful to watch.  It is easy to see how they enjoy playing together. 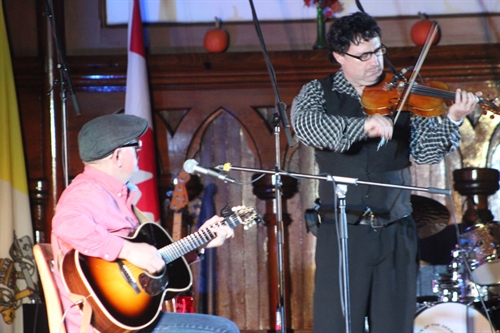 The Men of the Deeps are always a thrill to see.  They have been in existence now for 50+ years with no sign of slowing down.  Members must have worked in or around a coal mine.  Their director joked that they are the only choir where the second requirement to being a member is being able to sing.

They sang a vast array of tunes for us.  All with soul and feeling.  These guys are such a joy to watch.  They clearly love to sing and to share their knowledge and love of coal mining songs.  They are a Cape Breton institution and were awarded with several standing ovations during their show. 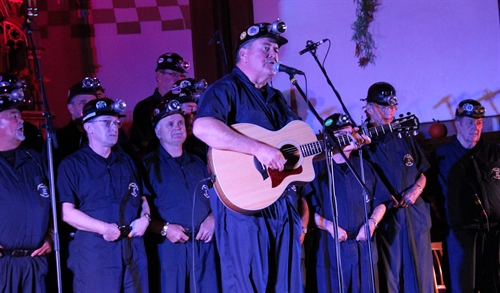 If you get the opportunity to see these guys ....take it!