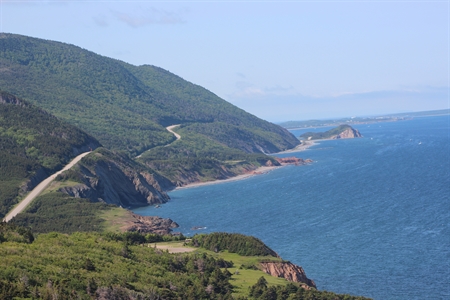 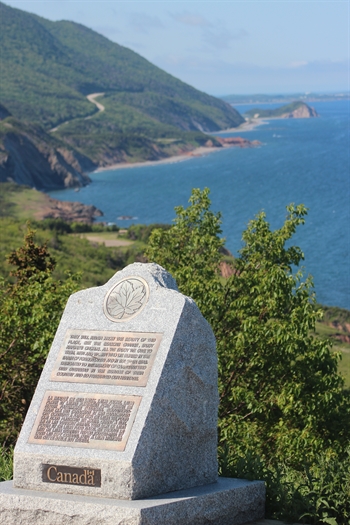 The Veteran's Monument along the Cabot Trail

This solemn monument was placed here in 1985 by the Department of Veteran's Affairs.  Similar plaques were placed in a national park in each province.  They were laid to recognize the contribution of those Canadians who died overseas during the World Wars.

It is like they can forever enjoy the beauty of the Atlantic Ocean in one of the most beautiful parts of the province.  Make sure you stop here.....another definite must! 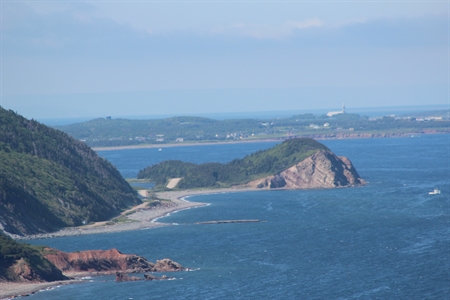 Presqu'ile from the Veteran's Monument

You'll be able to see the Acadian village of Cheticamp to the south on a clear day.  You'll also get an awesome view of Presqu'ile and La Bloc.  This map gives a good indication of the location of the Veteran's Monument.

If you are driving counter-clockwise then you'll see the look-off about half-way down French Mountain.  You'll see the view quickly. 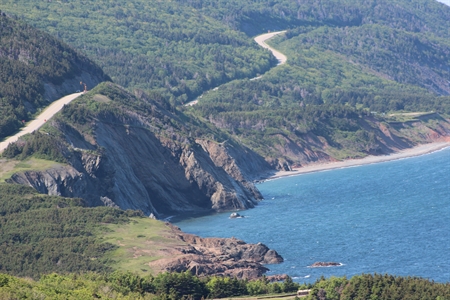 Cap Rouge is another look-off not far from the Veteran's Monument.  You'll have a great view of it from the monument look-off.  Both are especially impressive when the sun is setting.