Fortress of Louisbourg
...explore the history...

Are you wondering why the Fortress of Louisbourg was so important? Why does Cape Breton link itself so strongly to its history?

What is the connection between the Fortress of Louisbourg and the history of New France? And what does this have to do with the hints of resentfulness between the English and the French in Canada? 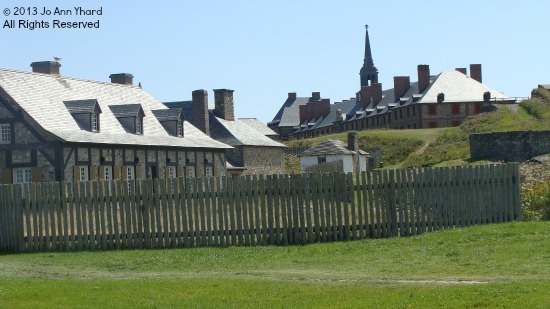 I promise you that if you come to the fortress you will understand what all of this means!

But first let me tell you a little history....

The French settle in Louisbourg following the Treaty of Utrecht. This treaty was to end the War of Spanish Succession which was raging in Europe. In the deal, France was to retain Cape Breton and Prince Edward Island in what is now Atlantic Canada.

I think that some historians would say that this treaty was the beginning of the end of France's expansion into the New World!! 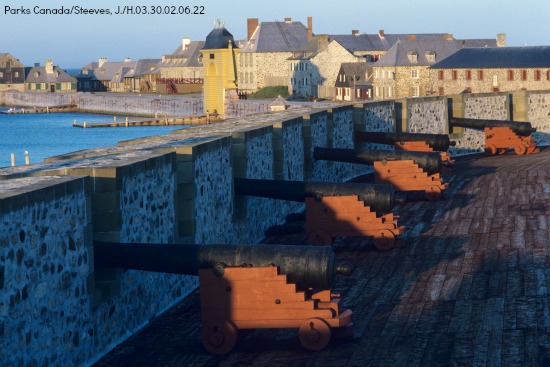 At that time, Cape Breton was called Isle Royale and Prince Edward Island was called Isle Saint-Jean. These two little islands were the only bases along the Atlantic coast that belonged to the French.

Louisbourg would become a vibrant community and a busy commercial economy. For the French, it became the second most important port and commercial centre in New France, next only to Quebec. Remember, at this time the cod fishery was very important as was the fur trade.

However, wars were still raging in Europe! 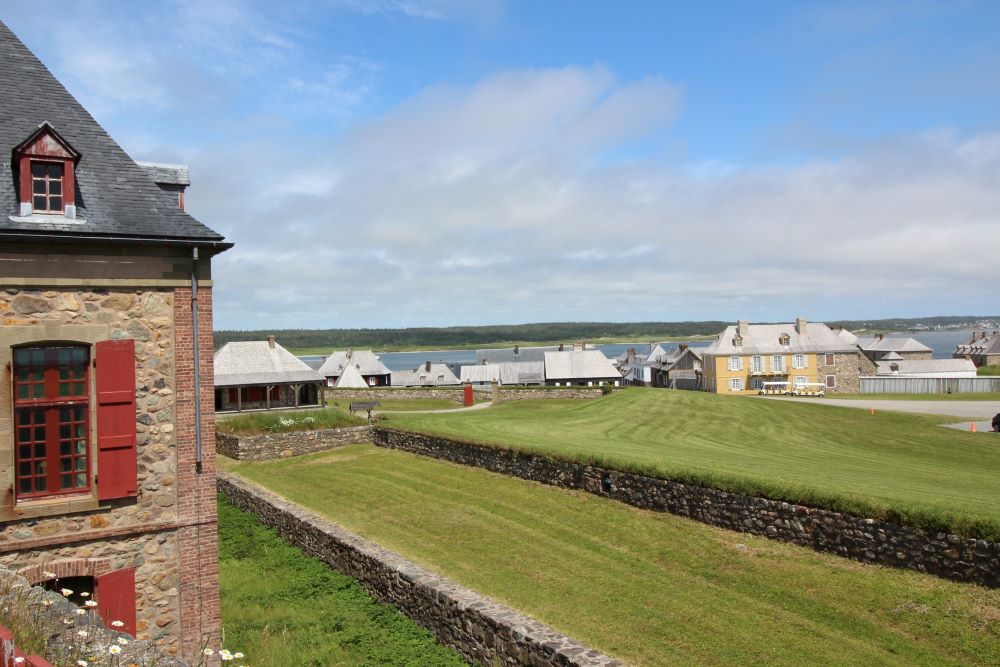 The problem is that the British are not far away on mainland Nova Scotia and further south in New England.

War was declared between Britain and France in 1745. This was not a stand-alone incident as the War of Austrian Succession was in full swing in Europe. It was only a matter of time before British forces and French forces were at it again in North America. 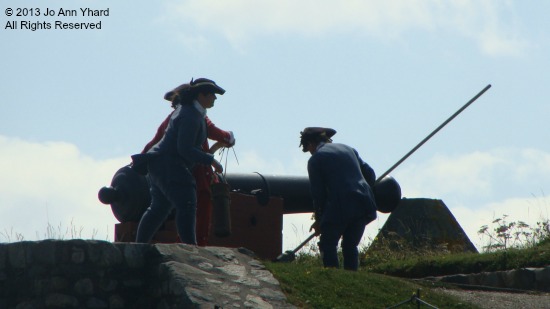 New England wanted the Fortress of Louisbourg and now they had their chance. They knew that the fortress was ill-prepared for an attack and they took full advantage. The expedition was lead by Massachusettes Govenor William Shirley. It would take less than two months!!

Three years later, the war ended with the Treaty of Aix-La-Chapelle. France would regain Louisbourg in exchange for their support of the Protestant monarchy in Britain.

New England was outraged!! They now knew they could not trust Britain!! 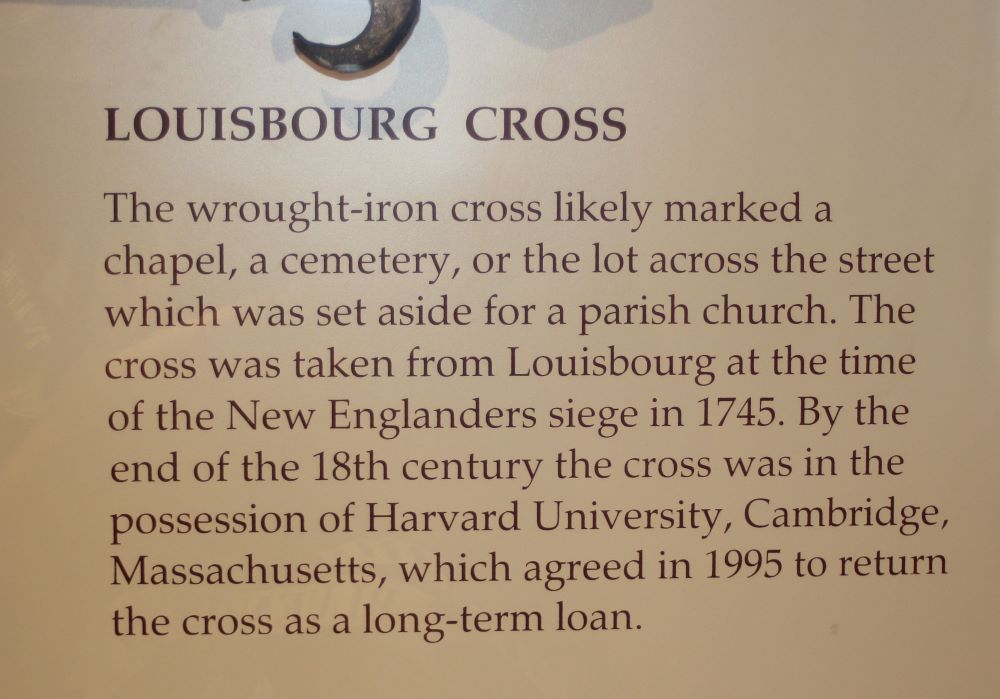 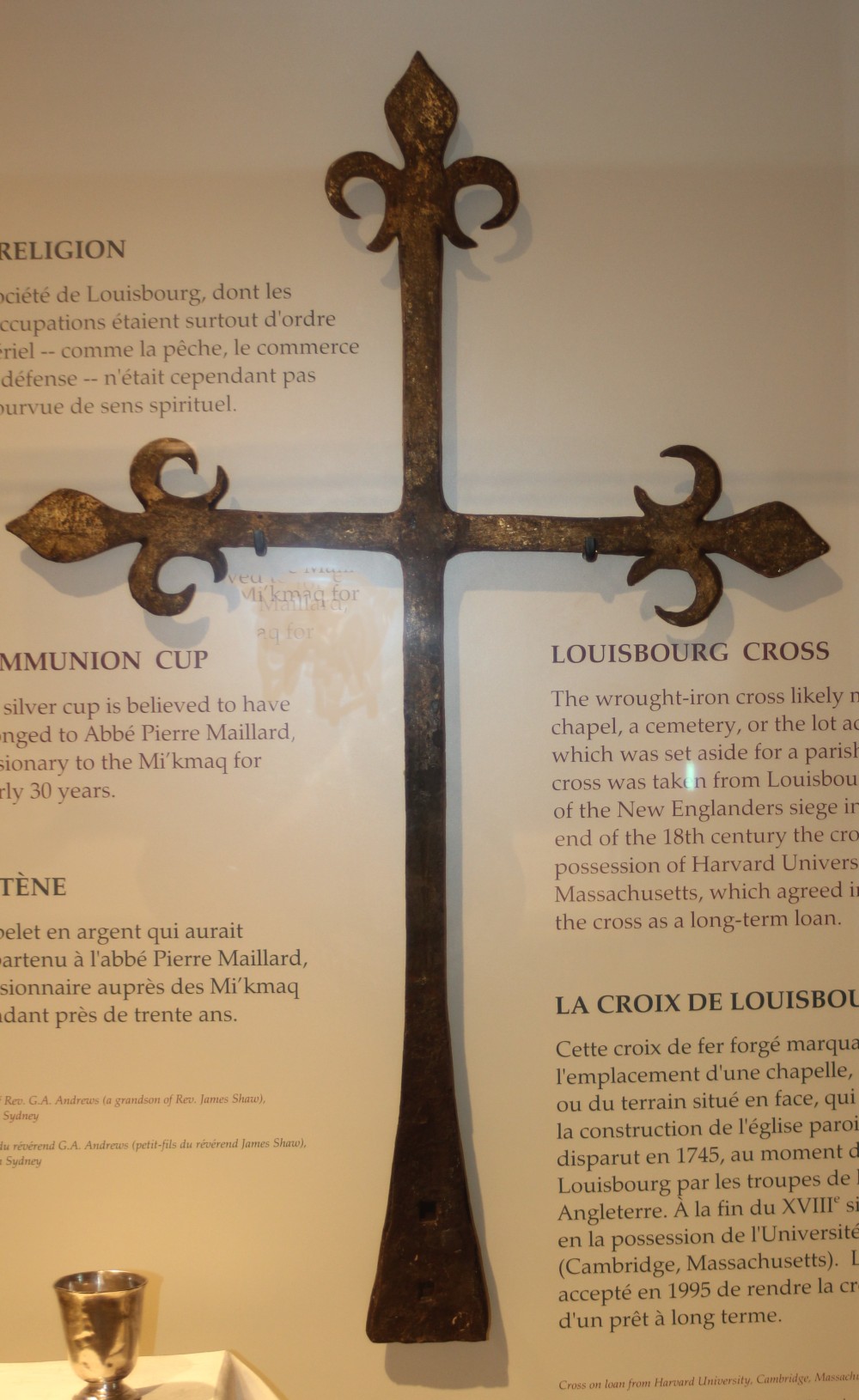 The year 1758 would change the course of history for Canada. This would be the second seige at Louisbourg by the British. The seige would only take 7 weeks!!

General James Wolfe was there! He would continue on to Quebec and lead the British troops into battle on the Plains of Abraham.

Several years ago I visited Boston. I was to come across a statue of General Wolfe. I got the impression that he was seen as a hero. I remember being struck with a feeling of contempt at his fine statue! An odd feeling I would say! 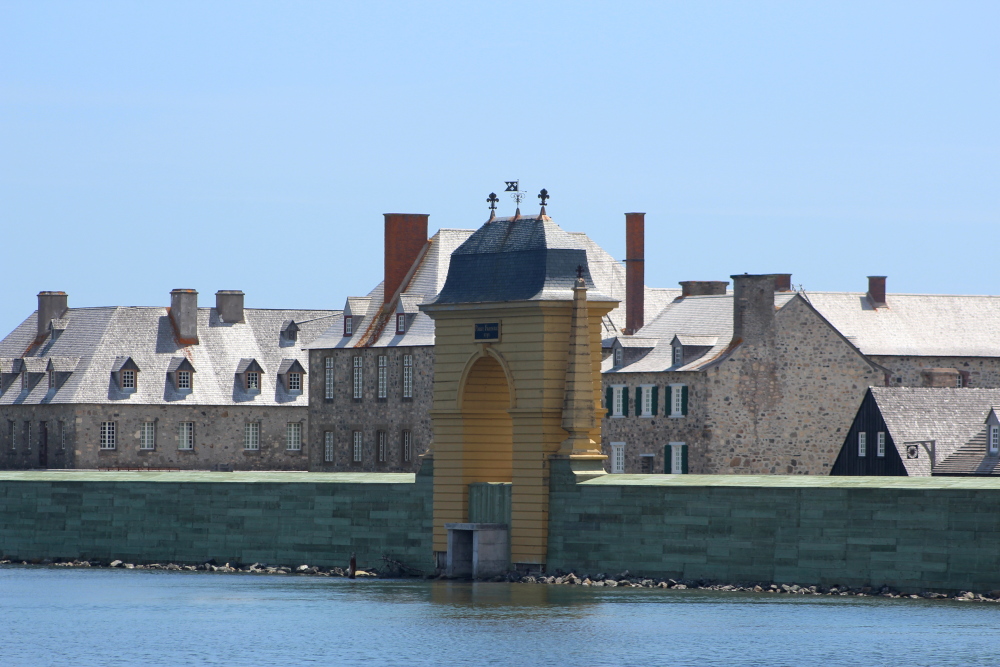 The second seige at Louisbourg would set the stage for the Fall of New France in North America! Louisbourg was merely a steppng stone to Quebec City and then Montreal. The fall of Montreal in 1760 meant that France no longer held any power in Canada.

The Treaty of Paris in 1763 would formally cede Canada to Britain by France. This included Cape Breton. Isle Royale was no more!

France would retain the islands of St. Pierre and Miquelon just off the coast of Newfoundland. To this day (albeit, some interesting history of their own), they belong to France and are used as a fishing base for French fishermen.

The British wanted to be sure that Louisbourg would never again rise up from its ashes. It ordered the total destruction of the fortress.

However, its demise would not last and, yes, indeed, it would once again, rise up from the ashes. 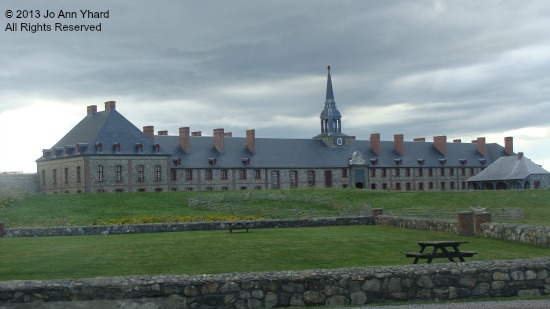 The reconstruction would start! The only seiges for the future of the Fortress of Louisbourg is by the thousands of tourists who flock to Cape Breton to visit each year!

For your visit to the Fortress of Louisbourg

There are many attractions at the fortress. My attractions page lists many of them.  This information will definitely help you plan your visit.

Accommodations in the area and surrounding areas are listed here so check out this page if you plan to stay overnight or nearby. There is also a variety of restaurants to chose from in Louisbourg.

Believe it or not there are other things to do in Louisbourg as well. Check out the beaches, hiking trails and the first lighthouse in Canada.

My Fortress location page will be a big help as well.  There are several options to get there and this page describes them.

Have you visited the Fortress?

Do you have a great story about it?

I would love it if you could share your story with us!