The Old Burying Ground is a piece of Halifax history!

The Old Burying Ground in downtown Halifax is something that most people just walk by and don't even give a second look.  Well, one summer while I was on a visit I gave it a second look. The first grave was dug here in 1749 which was the year that Halifax was founded.  There would be 12,000 graves in total! 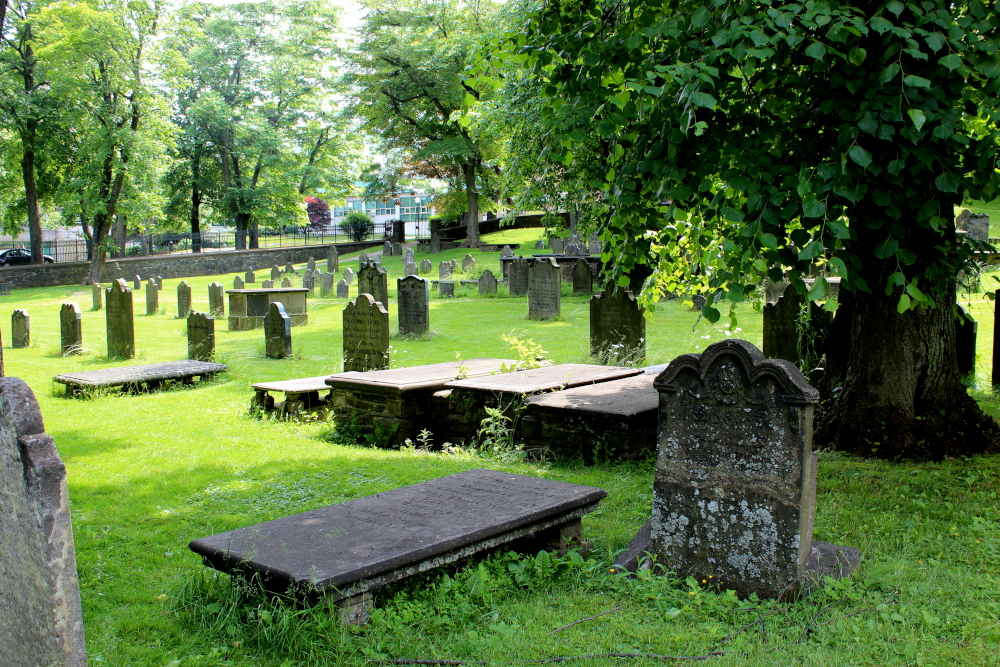 It was actually quite calm and relaxing to explore this little section of the city.  You can feel and sense the history of the city right here.  Many of the first settlers are buried in this graveyard and it became the common burial ground for many faiths in Halifax.

Tragedy would hit the new settlement in 1749-1750 when over a thousand settlers died of a typhoid fever.  The size of the burying ground would grow from 1 acre to 2.5 acres.

At that time, Halifax was protected by the first Halifax Citadel.  So, the new common burial ground was located outside of the fortified walls.  These grounds are an important reminder of the major British settlement that Halifax once was. 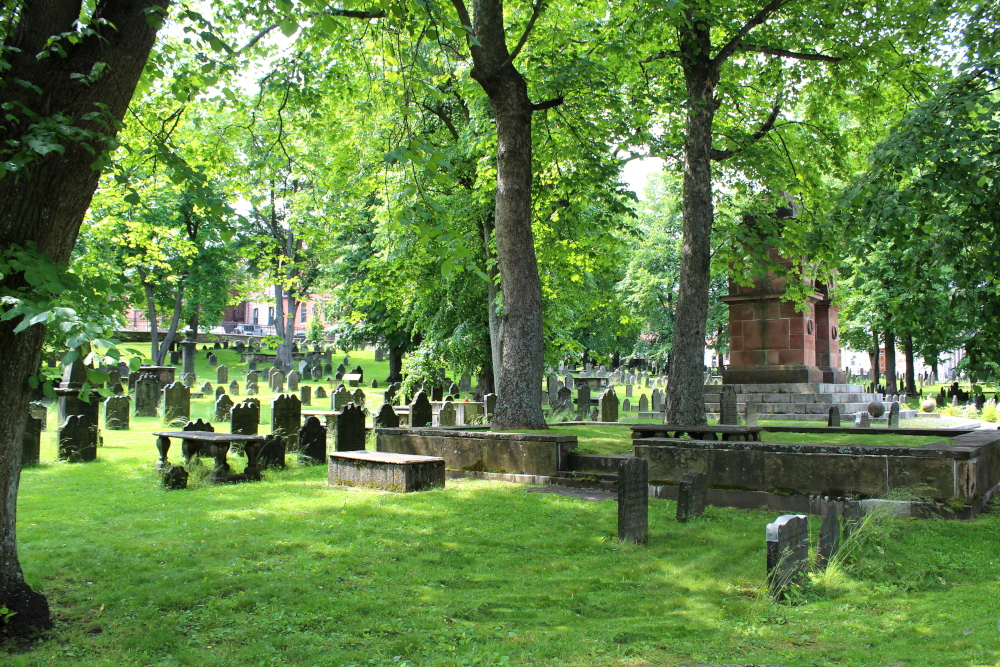 There are 12,000 graves in the Old Burying Ground

St. Paul's Anglican Church would take over the cemetery in 1793, however, it continued to be used as a nondenominational cemetery. It would eventually close in 1844. It's deterioration would start.

Over 100 years later, in 1986, the Old Burying Ground would be designated a Municipal Heritage site. It would become a Provincial Heritage Property in 1988. Finally, it was named a National Historic Site in 1991, the first graveyard in Canada to receive the honour.

The future of the grounds and a large part of Halifax history was secure.

The grandeur of the Welsford-Parker Monument will greet you as you walk through the main entrance of the grounds.  This was the city's first public monument.  This is also a rare Canadian pre-Confederation war memorial.

It was erected in 1860 to honour two Nova Scotia heroes who fought in a British regiment and died in the Crimean War. Major A.F. Welsford and Captain William Parker died on September 8, 1855 at the storming of the Redan fortification at Sebastopol. 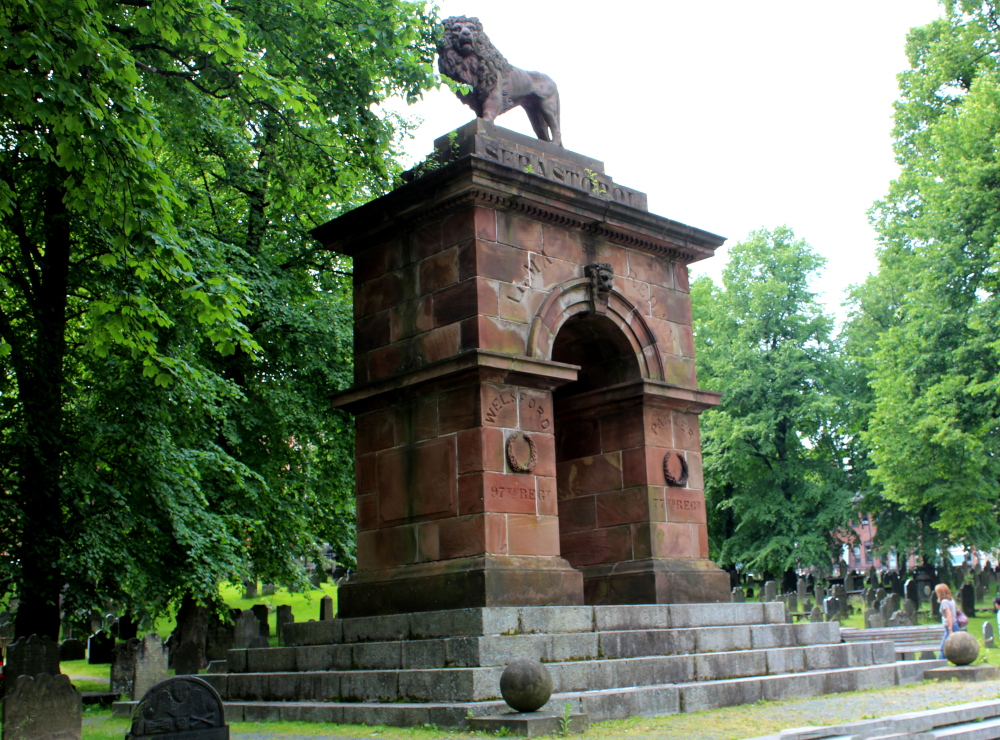 Welsford-Parker Monument was built in 1860

Currently, there are 1300 grave markers that remain visible in the Old Burying Ground. Look closely at the tombstones:  many are beautifully decorated with angels, trumpets, and weeping willows.  This was a mark of what was done at the time.

We really don't see decorations on tombstones like this anymore.  The markings are a true testament to the respect that was attributed to death and dying at that time in Halifax.

You have probably never heard of Major General Robert Ross who fought for the British in the War of 1812.  Well, he is credited with capturing Washington in 1814 and, subsequently, burning the President's mansion.

I read that the mansion was burned so badly that it needed to be painted white, thus, the President's mansion became known as the White House.  General Ross is buried in the Old Burying Ground. 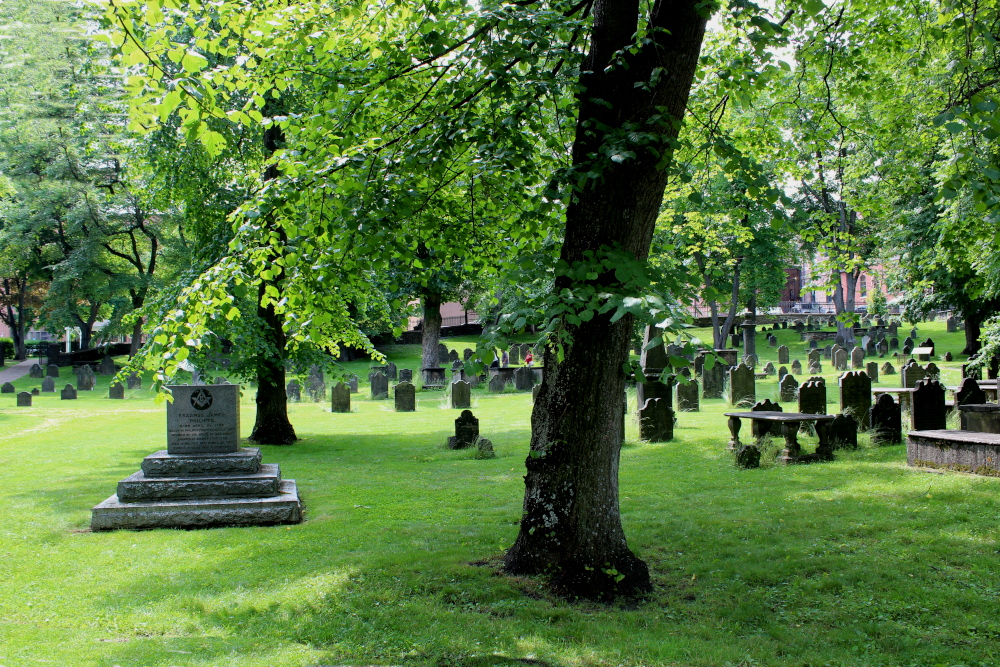 The Old Burying Ground is a National Historic site

Of particular note are 2 monuments that date from the late 1700s.  The first is the Bulkeley Monument, which has a depiction of Adam and Eve as well as a carving of the Last Judgement.  Apparently, this carving was very common in Scotland.  There are only 2 known to still exist in North America.

The other is the monument to the 6 Lawson children.  This is a lovely stone showing off trumpeting angels.  The epitaph from their parents is quite moving and worth a stop.

The Old Burying Ground is a tribute to the strength of Halifax.  It survived the 1917 Halifax Explosion and it figured prominently in the VE Day riots at the end of World War II. 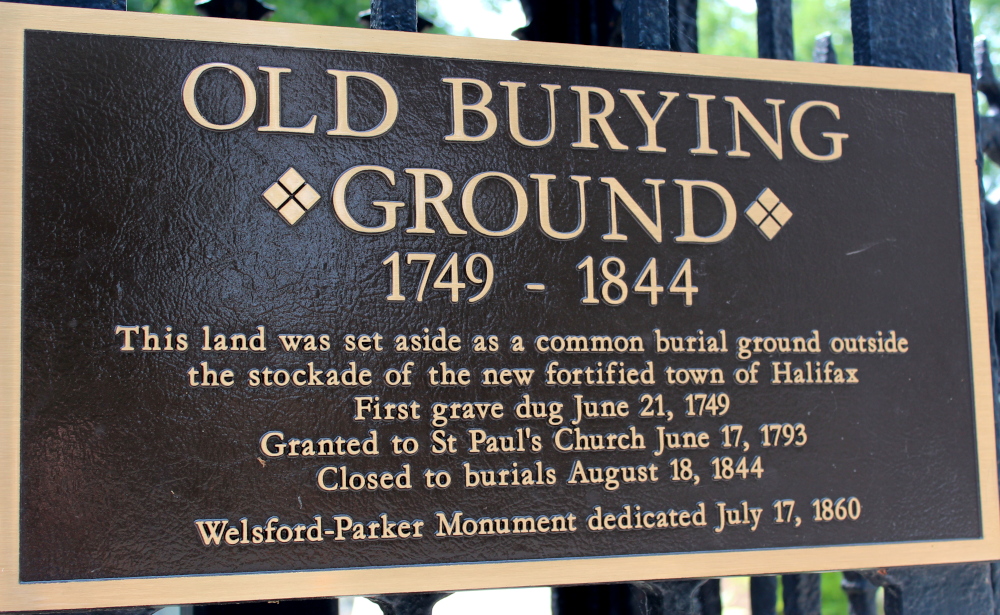 Today, it is a beloved green space in downtown Halifax.  These grounds are for everyone to enjoy.  The weary traveler looking for a place to relax amidst the busy city or the downtown Halifax office worker who needs to get out of the office for a lunch break.

There are benches, century old trees, walking paths and lots of lush greenery to recharge your soul.

For many years, the grounds were neglected by the city and was in a state of disrepair.  The Old Burying Ground Foundation began in 1987 and maintains the grounds for all to enjoy this piece of Nova Scotia history.

They work tirelessly to raise money and continue with restorations in this historical graveyard.  This is another little gem in Halifax that many people may skip over.

I suggest that you take the time for a little visit and explore the tombstones and feel the history that will surround you. You'll be glad that you did.

Location: The Old Burying Ground is located at the corner of Barrington and Spring Garden Road in downtown Halifax. You can find it on my Halifax map included below.  It is less than 1 km from the Maritime Museum of the Atlantic, the Halifax Citadel and the Visitor Information Centre on the Halifax Waterfront.  Very nice location as part of a Halifax walking tour.  The neighborhood is filled with shops and restaurants.

Hours: It is open year-round free of charge.

Services:  There are no visitor services within the boundaries of the Old Burying Ground.  Although, you may find a student there during the summer months to answer your questions.  ﻿

Have you visited the Old Burying Ground?

Do you have a great story about your visit to this special place? Do you want to become a part of Your Nova Scotia Holiday?